Does MLS Laser Therapy hurt? (and 5 other “burning” questions) 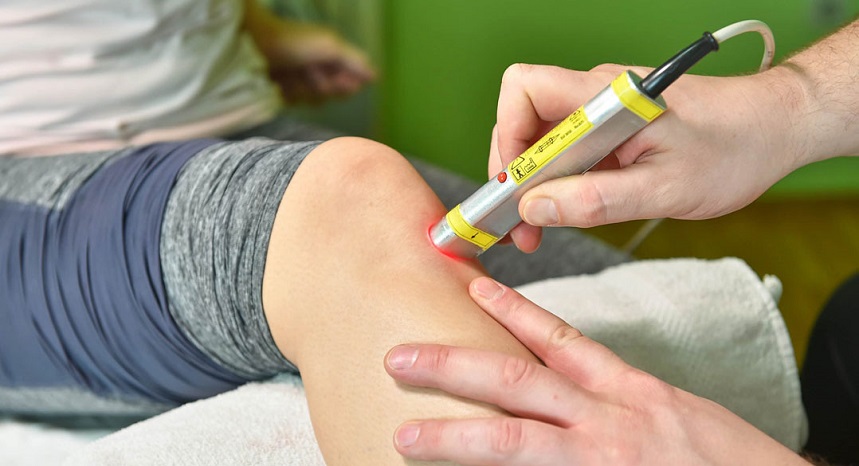 When we first mention “laser therapy” as an option to our patients with chronic pain, we’re used to getting some funny looks—generally starting with moderate confusion or surprise that morphs into mild nervousness.

“Laser therapy? What’s that? Does it…hurt?”

Most people haven’t really heard much about laser therapy, and might even be a little surprised that they can get something that sounds so “hi-tech” right here in Twin Falls—no drive to Boise or Salt Lake City required.

And if you mainly associate the word “laser” with science fiction space battles—or even medical lasers used for cutting or surgery—it’s not surprising that something called “laser therapy” might not sound too appealing at first.

Well, we’re here to put your mind at ease and answer your most burning questions. (And before you even ask—no, there is no burning from the laser!)

So … Does MLS Laser Therapy Hurt?

Let’s get the big one out of the way first.

We are so pleased to say that MLS laser therapy does not hurt. Not even a little! Although there are other medical lasers that are designed to cut or burn, this is not one of them.

The MLS system actually incorporates two lasers (one lower-powered, one comparatively higher powered). Both beams are carefully controlled and synchronized in such a way to ensure no pain or thermal damage from treatment exposure. In fact, many people don’t actually have any kind of sensation when undergoing MLS laser treatment at all.

If you do feel anything, it will likely be a very mild sensation of warming or tingling—not nearly enough to cause discomfort. This is quite normal and essentially indicates that the body is responding appropriately to the treatment.

Are There Any Other Risks?

There’s gotta be a catch, right?

Once again, the answer is no—or at the very least, no negative side effects or complications have ever been observed as a result of MLS laser treatment.

And while this technology is still relatively new and not always widely available everywhere, that doesn’t mean it hasn’t been thoroughly tested. The MLS laser system is FDA approved and has been in clinical use around the country for several years now with no reported problems. Moreover, low level light therapy in general has been used in Europe and Asia since at least the 1960s, so the technology is well understood and extremely safe.

Basically, the worst thing that can happen is that the treatment doesn’t work for you. And that’s only about ten percent of cases. Nine out of ten patients report significantly improved symptoms and function.

How Does it Actually Work?

Remember high school physics? Even if you don’t, that’s okay—we’ll give you a short recap.

Remember that light is, among other things, a form of energy. And the energy of the laser light used in the MLS system is set at specific wavelengths that can be received and used by the body’s cells.

As the laser is applied to the painful area, the photons interact with the cellular mitochondria, which triggers a “cascade” of biological effects. This includes reduction of pain and edema, increased blood flow and cellular metabolism, and ultimately faster tissue repair and accelerated recovery from injury.

In other words? Not only does it offer fast relief from symptoms, but it actually addresses the cause of pain and repairs the damaged tissue.

Because of the broad range of benefits, MLS laser therapy can be part of the treatment plan for an incredible variety of diagnoses, including: 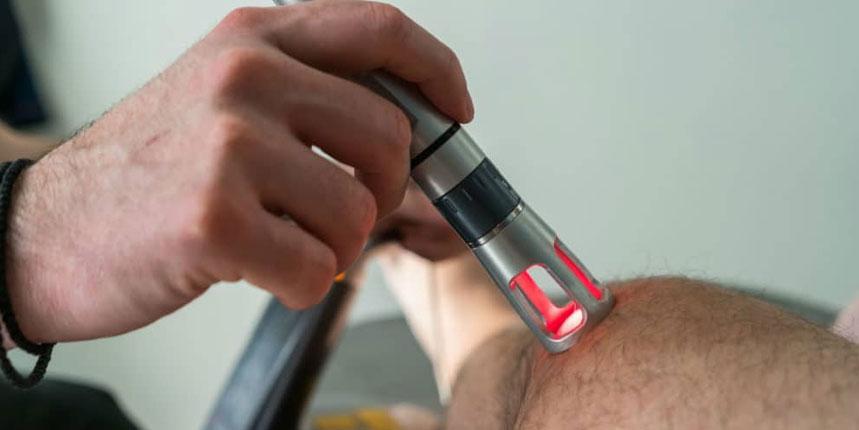 What Can I Expect Out of Treatment?

Treatment sessions are generally very short, from as little as a few minutes up to a half-hour in some cases—it depends on how large of an area is being treated. And as we’ve already said, the treatments themselves are painless with absolutely no fuss or downtime. You walk in, you walk out.

The total number of treatments required can vary to some degree, depending on the severity of the injury and other factors. Some people start feeling much better after just one session, while others may need two or three to start to feel the effects. An overall treatment course might include six to 12 total sessions, typically spaced out once or twice per week.

It’s important to remember that these treatments are not in the category of “make my pain go away for a few days until I need another,” as with medications targeted only toward symptoms. The effects are cumulative, meaning your results are long-lasting and you get better and better with each session.

MLS laser is often offered as a primary treatment, but may also be combined with other therapies for improved results. For example, if you have chronic plantar fasciitis pain due to misaligned feet, the laser therapy may help you heal the torn tissue itself, while orthotics reposition your feet so that you do not become injured again later.

But it Costs a Fortune, Right?

No, it doesn’t. In fact, we think MLS is a great value for many of our patients.

The bad news is that most insurance plans do not currently cover MLS laser treatments for chronic pain. But even paying out of pocket, MLS laser therapy is not only highly affordable but also can save you a lot of time and money in the long run.

There’s a high cost associated with untreated chronic pain. More doctor visits, cortisone shots, and copays. Potentially more productive hours lost at work. Greater risk of chronic disease due to decreased activity. And don’t forget the emotional cost of not being able to do your favorite activities due to pain.

In many of these cases, MLS laser therapy can fix your problem relatively quickly, after just a few treatment sessions. And unlike cortisone shots, which simply “hide” symptoms, the treatment is actually healing the injured tissue.

Is MLS Laser Therapy Right for Me?

That’s what we’re here to find out!

While we fully stand behind MLS laser therapy as an awesome and effective treatment option for many painful foot and ankle conditions, our primary responsibility is always to our patients and making sure they get the exact treatment plan that meets their personal needs.

That said, if you have been suffering from chronic pain that just won’t go away, or you’ve suffered a recent injury that’s making sports or work difficult and you need to get better fast, there’s a great chance that MLS laser therapy can be a huge benefit for you.

Are You Considering MLS Laser Treatment in Twin Falls, ID?

If you are considering MLS Laser treatment, you should reach out to an experienced podiatrist. Ready to schedule an appointment? Contact us online our call our Burley office directly at 208.678.2727. We also have an office in Twin Falls!

by Cory Pilling
Connect with me
Dr. Cory Pilling treats a range of foot and ankle ailments.

Canyon Foot + Ankle is convenient to patients throughout the Magic Valley. Complete the contact form to schedule an appointment with a skilled podiatrist at our Twin Falls or Burley locations.